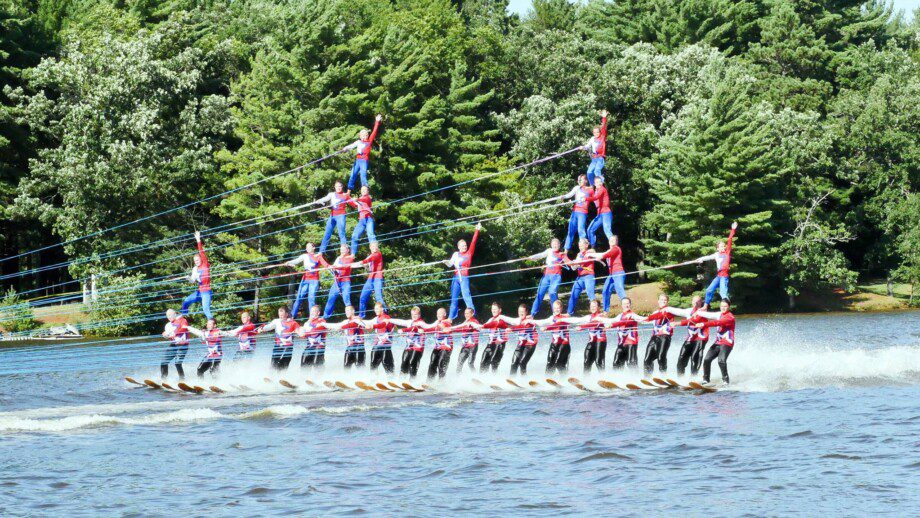 Our Family of Champions is getting bigger and better every year. Upon joining the team, you have extended your family by some 80+ people. Our goal is to get together, ski, perform, compete, and most of all have fun!

The unique style of our show encompasses theater, dance, gymnastics, and the most difficult water skiing maneuvers. Consistently crowned the most entertaining team in the nation, Badgerland thrills enthusiastic audiences of all ages and backgrounds.

Our membership includes both skiing and non-skiing participants. A ski show production requires many people. Non-skiing members have roles on the team that include: boat / act driving, spotting/pinning, safety/pick up boat, dock crew, sound technicians, costume sewing and backdrop construction/painting. 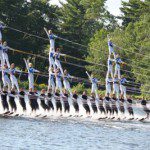 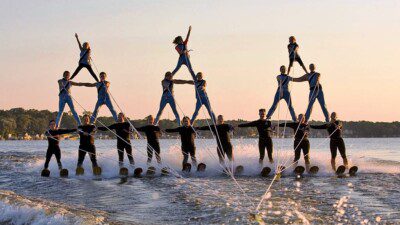 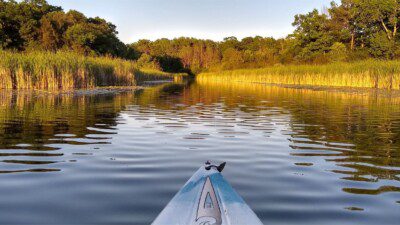 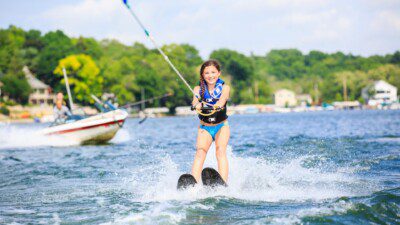 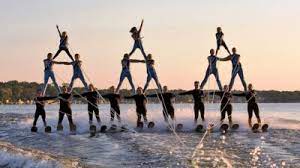 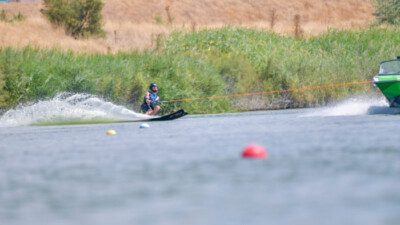